Dating and uncertainty go hand in hand. Inevitably you wonder if you will ever meet “the one” or whether someone will ever love you. People looking for love find love eventually. That’s not to suggest that the process of getting there is easy.

It is a reality that some people simply have a harder time than other meeting people and dating. There are many explanations but what is most important to understand is that having a hard time meeting someone does not mean that there is something wrong with you. Some people simply have a harder time meeting people period. We are all different and some people do better at social interactions and meeting potential people to date. Some just don’t meet people with the same ease. Is it a skill you can learn or is it that’s just the way it is? It’s both.. Working with a therapist to better understand who you are and what your project is certainly a positive in the dating process.

Dating requires stamina. You need to develop the stomach for failures and disappointments. Intrinsic to dating is most likely a series of failures before the success of meeting “the one.” It is counterintuitive insofar as many things in life require a series of successes whereas dating is inevitably a series of encounters and relationships that failed for one reason or another preceding success. You need to pass a series of courses in order to graduate but with dating, you fail over and over again before you “graduate” from dating to a successful relationship. That’s hard.

And people with high sensitivity have the worst time meeting people to date. They are the ones that others deem “fussy”, usually because they just know that they couldn’t be with that person—more than just an intuitive feeling. In the first few minutes of meeting someone, we all have an idea of whether there’s any attraction but some people really know. And they walk away quickly. They know what they know. Nevertheless, it’s not a bad idea to make sure that your reasons are sound. The fact that his/her earlobes are not symmetrical is probably not a good reason to turn down a second date. 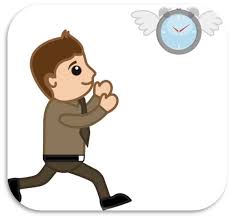 Problematic to dating is having patience with what is out of your power to control. Particularly for smart successful people who can make things happen. Not so in dating. It’s not like you can walk into Bloomingdale’s and choose a boyfriend or girlfriend in the relationship department. Compatibility, chemistry, and timing are all variables out of your control. Dating requires that you understand and accept that.

It’s been evident that if a person is open to a relationship, they will eventually meet someone. The emphasis should be on meeting someone appropriate and not just “someone.”Some people meet their “someone” in a chance encounter and some have had to endure a constructed process of endless first dates and failed relationships The reality is that the world is populated with many people and in as much as you are looking for “someone,” “ someone” is looking for you too. The point is to not give up and remain focused on your goal. It helps to be open, patient and faithful. It also helps to have a trusted friend or therapist to remind you that someone at some point will love you. After all, relationships are a leap of faith.

This site uses Akismet to reduce spam. Learn how your comment data is processed.